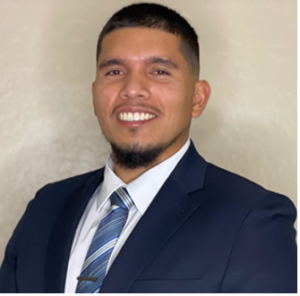 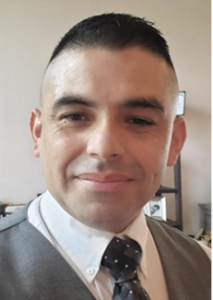 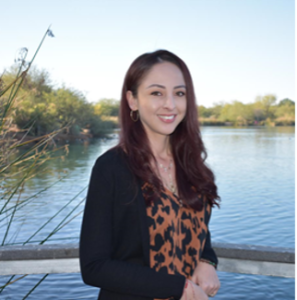 Abner served as an Environmental Health Specialist for Maricopa County Environmental Services to the tune of almost 5 years, ensuring that food establishments were held to the highest standard of food safety and sanitation. Abner was a member of the workforce that was awarded the prestigious Samuel Crumbine Award for Excellence in Food Protection in 2018. Abner continues to protect his community against disease that is present in the everyday environment via education and advocacy. Abner is committed to ameliorating the issue of infectious diseases on a global scale. Abner was born and raised in El Paso, TX where he obtained his Bachelor of Science degree in Cellular and Molecular Biochemistry from the University of Texas – El Paso. After a few years of working in the public health field, he obtained his Master of Public Health degree in Health Services Administration from the University of Arizona.

Fun Facts:  When not serving his community, Abner enjoys boxing, hitting the movie theater, and enjoying time with his friends and family.

Eduardo started his public health career as an HIV Prevention Team Lead for the San Mateo County (California) Public Health Department where he worked for a period of 12 years from late 2006 through 2018 and joined the ADHS team in January of 2022. Prior to 2006, Eduardo held positions as a Housing Opportunity for People with AIDS (HOPWA) program specialist and benefits counselor that served individuals and families impacted by HIV/AIDS. Motto: Standard

Fun Facts:  Was a paratrooper who jumped out of perfectly good airplanes.

Mayra started her public health career journey in 2009, where she worked at Maricopa County Department of Public Health as a Medical Records Clerk. Her love of public health made promotions a familiar movement.  This led her to a position in Surveillance where she coordinated STD surveillance activities for Maricopa County. In 2011 she took on a role as a Communicable Disease Investigator (CDI), where she performed investigations for HIV, Syphilis, Gonorrhea, and Chlamydia. She didn’t stop there, however. She continued to evolve her skills and in 2016 accepted a role as a CDI Senior. She was responsible for conducting complex case investigations and provide training/mentoring for new CDI staff which provided her with the transferable skills to transition into a position with ADHS’ as an HIV/STD DIS Coordinator. Motto: If it makes you happy, it doesn’t have to make sense to others.

Next: New Faces on the ADHS Ryan White Part B Team! →

New Faces on the ADHS Ryan White Part B Team!